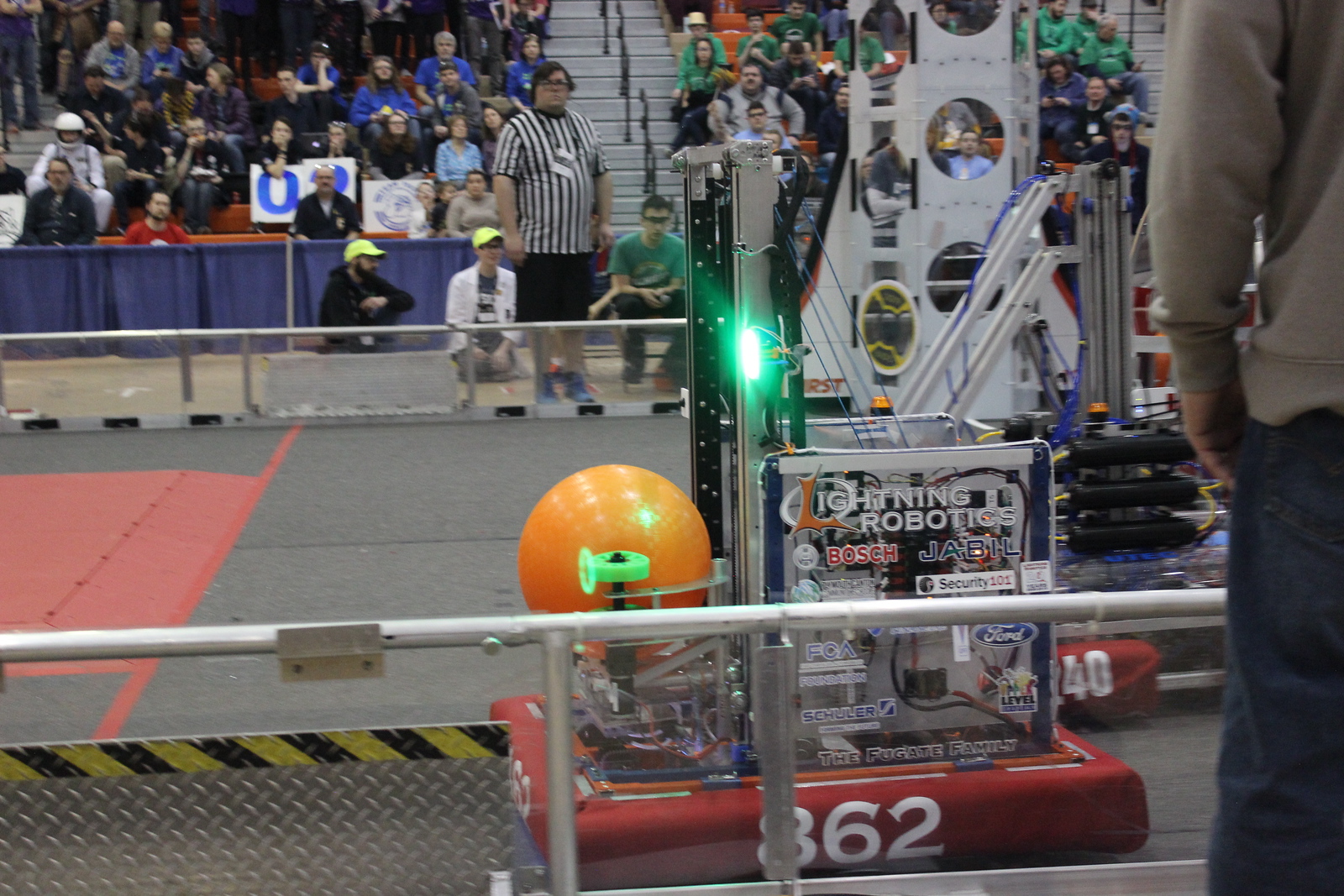 In DESTINATION: DEEP SPACE, Presented By The Boeing Company, we join two competing alliances collecting samples on Planet Primus. Unpredictable terrain and weather patterns make remote robot operation essential to their mission on the planet. With only 2:30 until liftoff, the alliances must gather as many cargo pods as possible and prepare their spaceships before the next sandstorm arrives.